The West Kirby museum at St bridget centre was the start of a day to the west coast for members. Archaeologist Christine Longworth gave a tour of the finds which were discovered during a rebuild of the church in the late 19th century. Some of these dated back to the original wooden church in the 10th century. 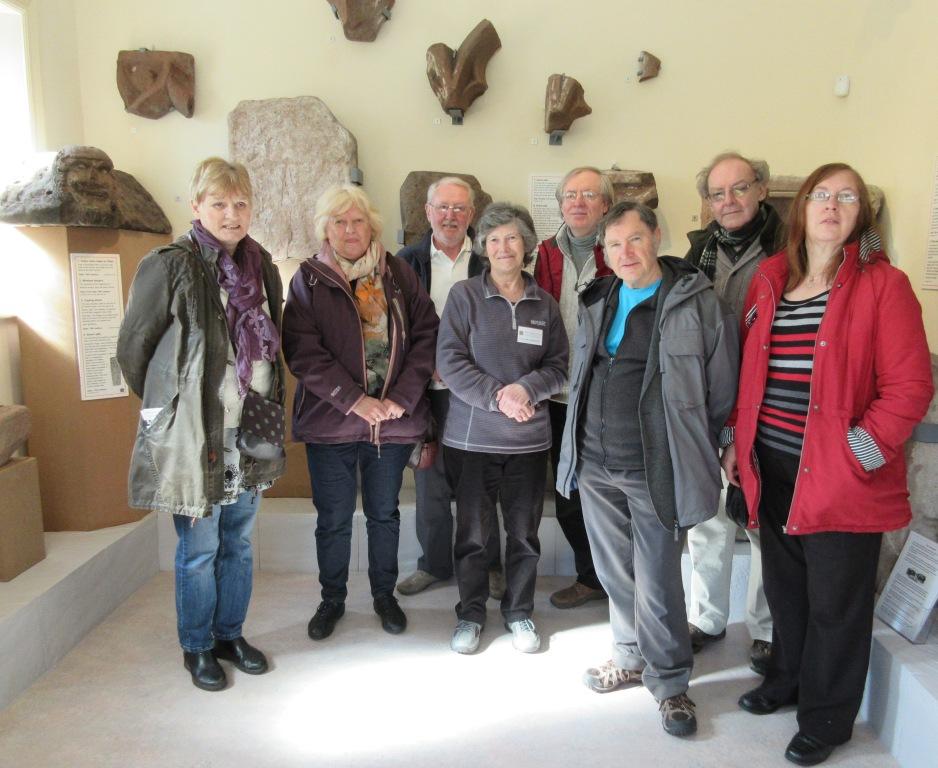 Some of the members in the orginal building used to store the inital finds with Christine Longworth.

A visit to the church of St Bridget’s to view the Anglo-saxon period Hogback stone which looks like a representation of a scandinavian long house. The tegulated top clearly visible. Christine felt that at the time of its use many ‘vikings’ may have been converting to christian values but may have continued with thier homeland beliefs. The centre is well worth a visit to historians or archaeologists. For more information  go to    http://www.westkirbymuseum.co.uk/

The recent Hogback research is being presented at:

If interested email for details of the day conference:

A visit to Meols led to a discovery of a Roman road! Unfortunatly the tide covering the sands where a port and a market place once was excavated. Members then visited the Meols exhibit and the hoards collections at Museum of Liverpool. 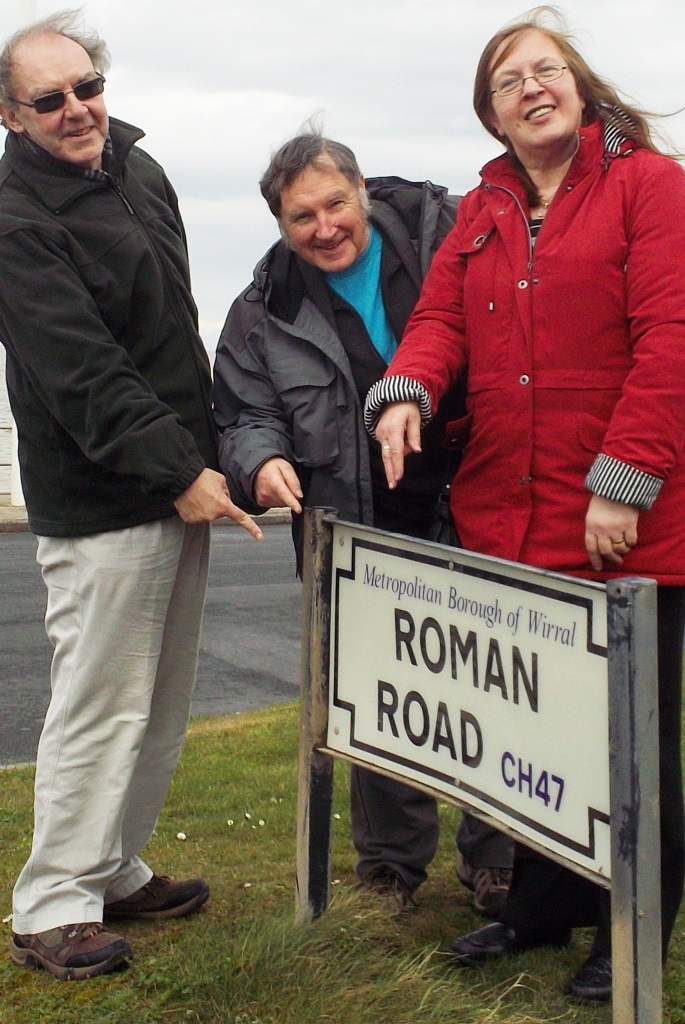 Meols turns up more than a high tide