First Results back from geophysical assessment for Cheetham Park 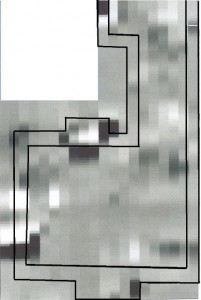 This a magnetotmetry survey. The outline of Eastwood Hall has been superimposed from the 1851 map. It looks like the same shaped appears under the ground! However until we put a spade in the ground we cannot be sure that archaeology still exists under the ground. The lowest area of the image is where the original entrance to the building should be. The facade would have had stone columns supporting a Pediment. These designs were copies from the Mediterranean. Check out the Roman Pantheon at  http://www.crystalinks.com/romepantheon.html. Hopefully we may find some evidence left behind!